I first met David Grapshi at the Spirits of Mexico festival several years ago. Since then, I have had the opportunity to spend time with him in both Mexico and the US. He laid a large part of the foundation that the rest of us aficionados are standing on, having created the agave spirits program within the Sazerac Company. David was instrumental in bringing Tequila Siete Leguas to the US, for which we are all eternally grateful!

“Clayton has taken the initiative to not only talk about tequila and the importance of educating the consumer, he in fact is taking it to the next level by leading groups down to Mexico and experiencing tequila production first hand. There’s no better way to learn about the business of tequila than to experience it for yourself.

The current, revised “Norm” on Tequila (NORMA Oficial Mexicana NOM-006-SCFI-2012, Bebidas alcohólicas – Tequila – Especificaciones), was published in December 2012 and went into effect in February of 2013. In early 2013, I had extensive and detailed conversations with the Tequila Regulatory Council (CRT) and several Tequila producers, which led to this piece. While I have been speaking about this in presentations and trainings since May 2013, it is being posted here for the first time, in order to reach a broader audience.

Most people reading this will  know that many “mixto” Tequilas are chock-full of caramel coloring and glycerin. But many don’t realize that, when it comes to additives, both the 100% agave category and the “mixto” category are allowed the same “natural” additives.

The Norm explicitly allows caramel color, oak extract, glycerin and “sugar-based syrup” to be added  to either category of Tequila. So then, if these are the permitted additives, where have all the obviously foreign flavors in blancos in recent years come from? The vanilla, coconut, cotton candy, marshmallow and tutti-fruity candy notes? (Note that vanilla and coconut aromas result naturally from oak aging. For the moment we’re talking only about blancos.)

It seems that over the years, some producers got rather cheeky with the “sugar-based syrup” allowance, and that is where they were adding other additives – to the syrup itself. After all, sophisticated, expensive additives created in laboratories are effective in such small amounts that the syrup to which they are added is still inarguably “sugar-based.” What’s more, since the Norm doesn’t specify the source or type of sugar, that opens the door for the addition of agave-sugar based syrup. Imagine that – adding agave syrup to a finished Tequila blanco!

If this doesn’t strike you as authentic or fair, you’re not alone. And there’s good news. As of February 2013, no blancos may contain additives, period. Yes, you read that right. No Tequila in the blanco / plata class may contain abocantes – the aforementioned additives. The “new” Norm states explicitly that only water may be added to blancos after distillation. (Blancos may still be rested in/on oak for up to 60 days.)

Like any regulatory document, the Norm is subject to interpretation, but it’s ultimately the CRT that determines exactly how it will be enforced. In 2013, I was party to a very interesting discussion with the CRT and a well-regarded producer who uses certain additives. He was reading the new text in a way that would have allowed for the continued use of additives in blancos. After a few weeks of back and forth and checking up and down the chain of command, we had a definitive answer. After February 2013, additives are not permitted in blancos. (There will inevitably be questions and cynicism about how well this is being enforced, but these are beyond the scope of this article.)

Here’s what I suggest: blind tastings of blanco Tequilas that you’ve previously believed to be using additives – using 2012 bottles and 2014 bottles. Feel free to share your results!

No changes were made regarding additives to the other four classes of Tequila. Also, “flavored Tequilas” are a completely separate category and must be labelled as such.

Tomás Estes probably needs no introduction to tequila aficionados. As a restauranteur, he brought 100% agave tequila to Europe. For this and the rest of his unceasing research and education into tequila, the CNIT (Mexico’s National Chamber of the Tequila Industry) named him Tequila Ambassador to Europe. His ideas about terroir in tequila led to the creation of Tequila Ocho as a collaboration with the legendary Carlos Camarena. What’s more, he is an eager mentor, a paragon of humility and a truly good person and friend.

“Clayton, congrats on your five year milepost – especially on the success you’ve had in changing the landscape of the Tequila category.

I have told numerous people about our tour of Portland and Seattle and how the groups of your regular customers you assembled outshone the trade groups in levels of expertise and enthusiasm about Tequila. You have certainly created a following of impassioned people and this makes a deep difference. Thanks for all you’ve done for the category and all you continue to do.

With respect and admiration, “

– Tomás Estes, Ocho Tequila and Ambassador of Tequila to Europe

Jason Silverman has been running the excellent tequila bar at Agave NYC for over four years. Jay is a true-blue Weber friend of the agave, and an excellent barman to boot. Having been sent to Agave NYC by the Tequila Whisperer in, I believe, 2009, I had the pleasure of sitting at Jay’s bar for many hours. I was flattered that he was the first person ever to recognize me from my Website! It was the first of several visits, and Agave continues to my my first recommendation for those seeking Mexican libations with heart in New York City.

“Clayton Szczech has been an inspiring and supportive leader for people in the tequila world for many years. He has been generous to me personally as well as other aficionados with all he has to share about his time in Mexico and his vast expertise and knowledge of the tequila industry. I hope to work together again in the future spreading the word about agave spirits and look forward to learning more about the inner workings of the tequila and mezcal industries from Clayton.

For as long I can remember Experience Tequila has been the standard for touring the Agave Spirits regions in Jalisco and beyond. Clayton has a knowledge, dedication and organization that is unrivaled for those interested in learning more about Agave Spirits.”

“Lippy,” better known as The Tequila Whisperer, was one of the first personalities we discovered in the US tequila aficionado community, in 2009. At the time, Lippy was producing and hosting a weekly tequila tasting show. If you’ve ever produced video of any kind, you’ll understand what a monumental labor of love this was. The Tequila Whisperer show was a rallying point for the US agave community, and “the Lip” could and can be relied on to give his honest opinion on any tequila, all while letting his impressive freak flag fly. I’ve always admired his unique and useful tequila rating system. Lippy continues to produce the occasional Whisperer show, as well as host tasting events in the San Francisco Bay Area.

It’s entirely appropriate that our first comment comes from Dori Bryant,  founder of the Spirits of Mexico festival. Dori is a trailblazing leader in the US agave spirits world, with a career in distilled spirits going back many years (don’t worry, Dori, no numbers!). Dori has been a mentor, role model, cherished friend and was one of our first supporters.

“While Experience Tequila is a company which I hold in the highest regard, it’s the person behind the company who is on my personal and professional pedestal. Integrity, passion, patience and dedication are words which only begin to describe Clayton Szczech. His knowledge of the industry and the extra special care and attention that Clayton imparts to all he meets combine for one elegant package — be it his tours, his work ethic or his seminars. I have had the pleasure of attending a few of Clayton’s seminars–he’s well-versed, he educates, captivates and involves his audience. It has been our pleasure to have had Clayton associated with us at The Spirits of Mexico these past two years. Congratulations Clayton and Experience Tequila. Happy Fifth! Here’s to the next 5!” 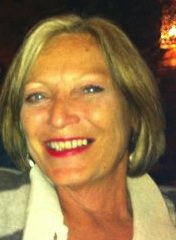 “Best travel tip: Engaging the services of an expert guide (Clayton at [email protected]) in advance is well worth the cost in order to get you into the underground caves and private tequila tastings.”

The second half of ET founder Clayton Szczech’s appearance on the “Cita con Nelly” program. The segment aired on Univision in Oregon and Washington July 16, 2011.

ET founder Clayton Szczech discusses tequila and the families behind the brands on the “Cita con Nelly” program. The segment aired on Univision in Oregon and Washington July 16, 2011.

Clayton was apparently a bit nervous, as he makes a couple of errors in explaining tequila. Did you catch them?