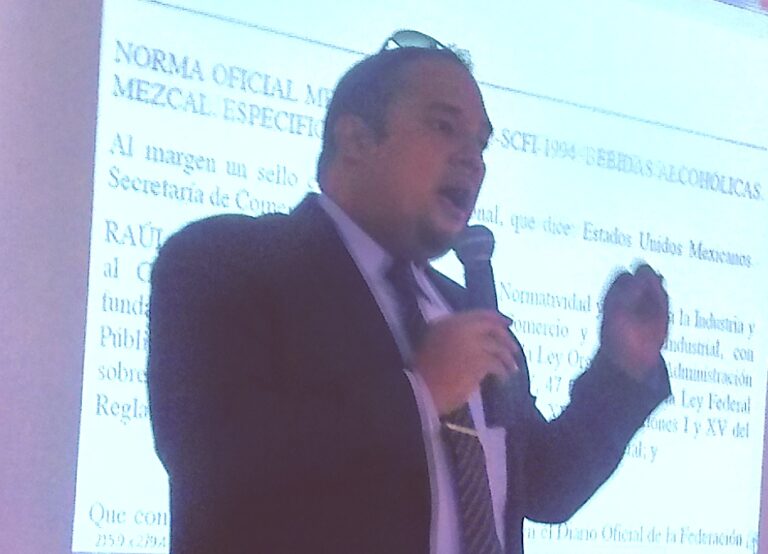 What Next for the Mezcal Norm?

This is an addendum to a three article series on proposed changes to the Mezcal Norm. Please read the third, second and first parts for background.

The first Encuentro Nacional de Mezcal took place in Morelia, Michoacán on the last weekend of November. Dr. Hipócrates Nolasco, President of the newly renamed Consejo Regulador del Mezcal (CRM – formerly COMERCAM) offered a presentation on the history of the mezcal’s Denomination of Origin (DO) and regulatory Norm, critiques of the current Norm, and the substance of the current “consensus” Proposal to revise the same. (CRM has also published the official English translation of the Proposal.)

The Long, Winding Path through Bureacracy

Proposed revisions to any Official Mexican Norm (NOM) must pass through the Secretariat of the Economy’s Directorate General of Norms (DGN). Typically, these proposals are made to the DGN with standardized paperwork, in which the new text is proposed. However, in this case, the proposed changes are of such a radical nature (“a surgical makeover,” as Dr. Nolasco put it) that the generic forms aren’t adequate, and CRM has submitted  a 140-page document explaining and justifying the Proposal.

Once the DGN has thoroughly reviewed the document, they’ll create a consultative council, to include various federal agencies that would be affected, including PROFECO (the federal consumer protection agency) and Hacienda (the equivalent of the IRS). That council will review and may revise the Proposal, and the resulting document will be subject to a public comment period. Following any further revisions, the next version will be published in the Official Gazette (Diario Oficial – similar to the US’s Congressional Record), and subject to another public comment period.

Clearly, it will be crucial to be aware of these public comment periods. Ultimately, the new Norm will have to be approved by the Legislature. CRM is committed to bringing the Proposal to the Legislature without the backing of any particular political party, though Dr. Nolasco did say that if things get bogged down, they may have to re-think that. It’s also worth noting that CRM has provided their document to both the Tequila Regulatory Council (CRT) and the National Chamber of the Tequila Industry (CNIT).

Dr. Nolasco explained that in the new system, every bottle of certified mezcal will have a hologram affixed to it, which the consumer can use to access in-depth production details online. In fact, the CRM site already has a search engine that can be used to get a general idea of how much any particular brand is producing, based on the number of official seals issued by CRM.

Several comments from the audience illustrated that concerns remain over the scope of the Denomination of Origin, as well as the composition of the three classes of mezcal being proposed by CRM. Regarding expanding the DO beyond the current eight states, Dr. Nolasco made it clear that CRM is in favor of both expansion and, eventually, an AVA-style system of regional labeling at the municipality level. Either or both would require federal legislation distinct from the current proposal.

Erick “Almamezcalera” Rodriguez repeated his concerns that the “ancestral” class of mezcal in the Proposal would in fact exclude some undeniably traditional mezcal producers. Specifically, he explained that mezcaleros in San Luís Potosí and Zacatecas do not use bagazo (agave fiber) in either fermentation or distillation, which would exclude them from “ancestral” classification, despite meeting every other criterion. This is similar to the issue raised in June by traditional mezcal producers from Michoacán, who wouldn’t be considered “ancestral” due to their use of copper alembic stills (see my June update for details).

Please continue to check here, or on Experience Mezcal’s Facebook page for updates on this important process.

Mezcal’s meteoric rise continues, but not all industry insiders are ready to toast (The Guardian, October 2016)

“Mezcal, tequila’s stronger and smokier relative, has become a staple spirit in trendy bars across 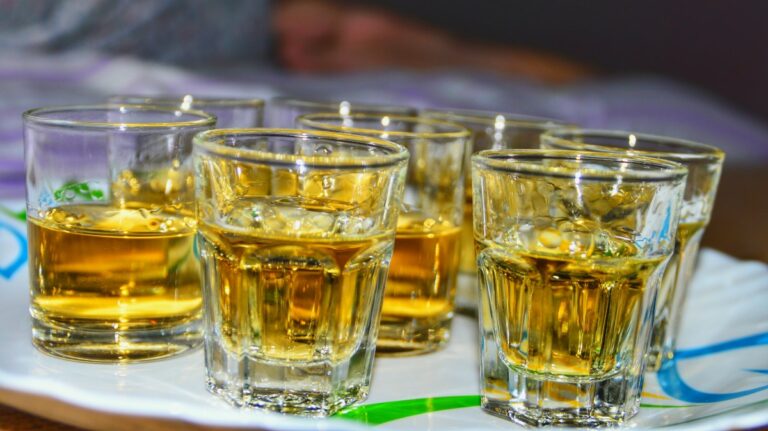